You can find and read the latest news and press releases from all of our partner brokers here.

XM would like to inform you that due to the Thanksgiving Holiday, the trading hours of various instruments will be affected.

Please review the table below to see which instruments will be affected and how: 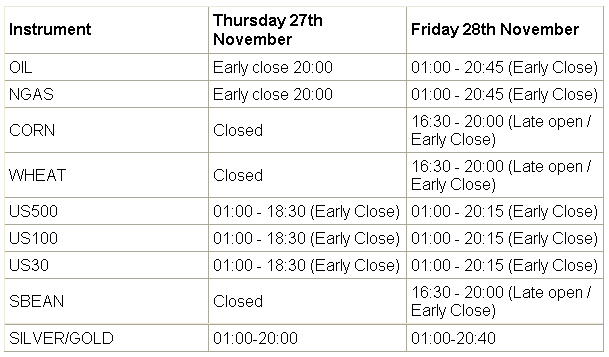 XM would like to inform you that during the month of October their MT4 server experts had recorded several disconnections occurring for a number of clients residing in the Asia Pacific and in the European Continent, which has resulted in disconnections in their MT4 terminals.

During the weekend of the 8th and 9th November while the markets were closed their system experts made significant upgrades to their server infrastructure including:

Hardware upgrades to XM's main Trading Datacenter in London. These upgrades have now lifted the maximum number of simultaneously connected users limit to 1,000,000.

Addition of a state of the art Fiber Optic Connection Network infrastructure between all their Datacenters in Europe and Asia Pacific which will increase execution speed even more from current levels, making XM the only broker with a fiber optic trading infrastructure connection network of this class and quality.

XM would like to take this opportunity to firstly thank you for choosing XM and also thank you for your cooperation while this very important milestone in their history has been achieved.

Please review the table below to see which instruments will be affected and how: 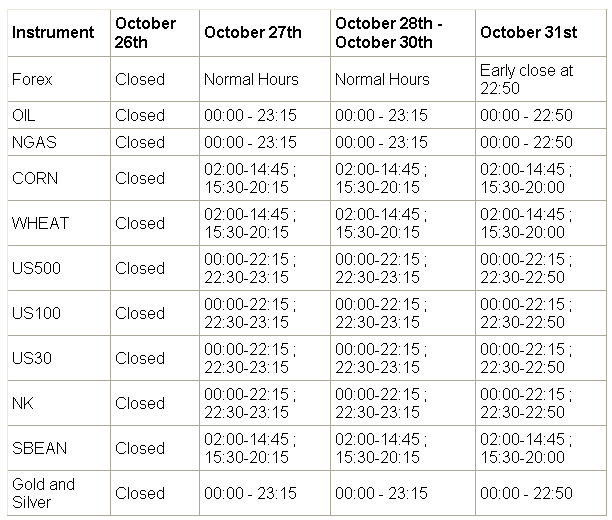 Note that all times displayed are GMT +2.

Please be informed that as of 24/9 at 15:00 (server time) the leverage on all currency pairs that include CHF have been restored to normal.

Please be informed that as of tomorrow 18/9 at 09:00 (server time) the leverage on all currency pairs that include CHF will be set at the maximum of 1:50.

The changes will be in effect until further notice.

XM strongly recommend you to monitor your account to ensure that once the reduced leverage will be in effect you will have enough margin to maintain your open positions.

Following in the direction of your feedback XM are pleased to announce that on September 11, 2014 they will proceed with name changes on Indices in order to make them clearer to understand, recognize and trade.

XM would like to inform you that due to the Summer Bank Holiday on August 25 in the UK, the schedule of an instrument will be affected as highlighted in the table below:

XM will start operations at at 23:59 GMT+3 on Sunday, 30th March 2014. Kindly note that some clients, located in countries that do not change the time, or change time at a different period, might be affected by these changes.